Columbia College Chicago launched a new interdisciplinary Hip-Hop Studies minor in Fall 2017 to offer practice-based learning around the history and aesthetics of hip-hop culture, and to connect students with Chicago’s vibrant community of hip-hop artists and practitioners.
On Dec. 2, a special launch event, will celebrate the hip-hop community at Columbia with interactive performances, live graffiti art, and more.
Columbia’s new minor is distinctive in academia, combining history and theory, interdisciplinary practice-based learning, and collaboration with Chicago’s hip-hop communities.
The elements of hip-hop are interwoven through [courses] such as: “Hip-Hop: A Sonic History,” “Hip-Hop Dance Technique,” “Digital Music Production,” and “Club DJ Turntablism and Hip-Hop Performance.”
Additionally, the curriculum connects individual creative practice to that of local artists and practitioners, and those in the entertainment industry, all of whom have been credited for shaping hip-hop as a modern global tradition rooted in afro-diaspora culture.
The minor also aims to dispel long-standing notions about hip-hop, by encouraging dialogue around cultural appropriation and resistance, race, gender, class, and social justice.

“Hip-hop is a powerful, multi-generational, international cultural force. The lineage and evolution of hip-hop is so influential that it has become essential for communities and cities to engage with its modes of expression, style, and values. We are very pleased to offer a minor that is distinctly tied to Chicago’s hip-hop community, and which incorporates the Chicago aesthetic into the global hip-hop movement.” – Columbia College Of Chicago School of Fine and Performing Arts Dean, Onye Ozuzu.

According to Chicago hip-hop artists and practitioners, hip-hop culture has its own powerful and successful system of education, where knowledge is practiced, studied, and passed down.
Chicago hip-hop adopts East Coast, West Coast, and Southern styles while adding its own, like double-time rap and footwork.
Much of Chicago hip-hop is deeply entrenched in the city’s socio-economic and political realities—which influence the socially-conscious work of Chance the Rapper, Rhymefest, Lupe Fiasco, Kanye West, Common and Twista.
Hip-hop has thrived at Columbia for many years through the student body, and faculty who are established practitioners.
The college often creates opportunities to celebrate hip-hop culture, such as the community-oriented hip-hop and street dance bi-annual festival, The B-Series..
“Many institutions of higher education ask for hip-hop to fit into the mold of academic culture but Columbia allows itself to transform through the pedagogies, philosophies, and practices of hip-hop culture,” said Kelsa Robinson, Dance Center lecturer, B-Series co-curator, and Venus Fly member. “My work within both the academic and hip-hop community gives me the opportunity to provide students with hands-on learning that highlights hip-hop as a lived experience. We are not replacing the ‘true school’ of hip-hop, but rather, are building connections to it.”
The Hip-Hop Studies minor is part of the college’s broader strategic initiatives to advance diversity in its curriculum, increase community engagement, and enhance career readiness.
Faculty teaching courses in the Hip-Hop Studies minor include:

Coffeen is a keyboardist, composer, and arranger.
He currently tours with eight-piece hip-hop/soul/jazz band Sidewalk Chalk as the band’s leader. Sidewalk Chalk was awarded “Most Outstanding Group” at the 2012 Chicago Music Awards, and named “Best Hip-Hop Act” by the Chicago Reader in 2010. Coffeen teaches Hip-Hop: A Sonic History. 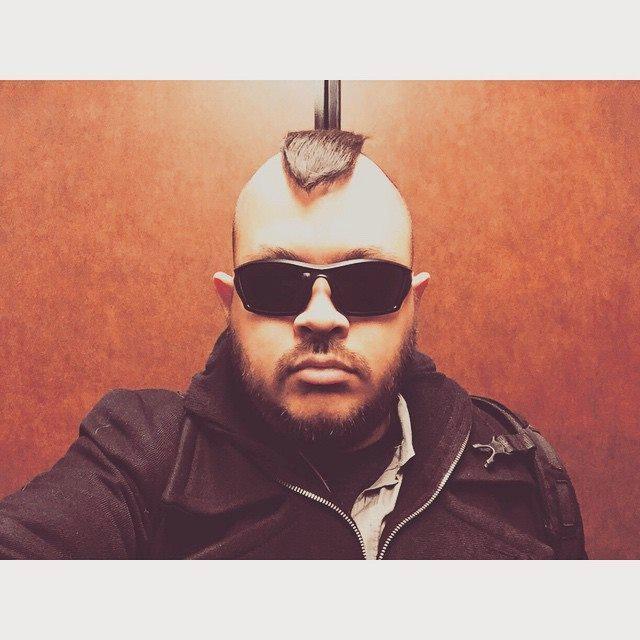 Jaime ‘Black’ de’Medici
Black has worked in the Chicago music and media industries for nearly two decades.
He launched Dynasty Podcasts in 2005, one of the first in Chicago, featuring interviews with Chicago’s premier artists including Chance the Rapper, Krewella, and Vic Mensa.
The podcast has more than 500 episodes, 50,000 followers, and 200,000+ plays in over 165 countries.
De’Medici is a full-time lecturer who teaches Entertainment Marketing, Self-Management and Freelancing, and Intro to Management. 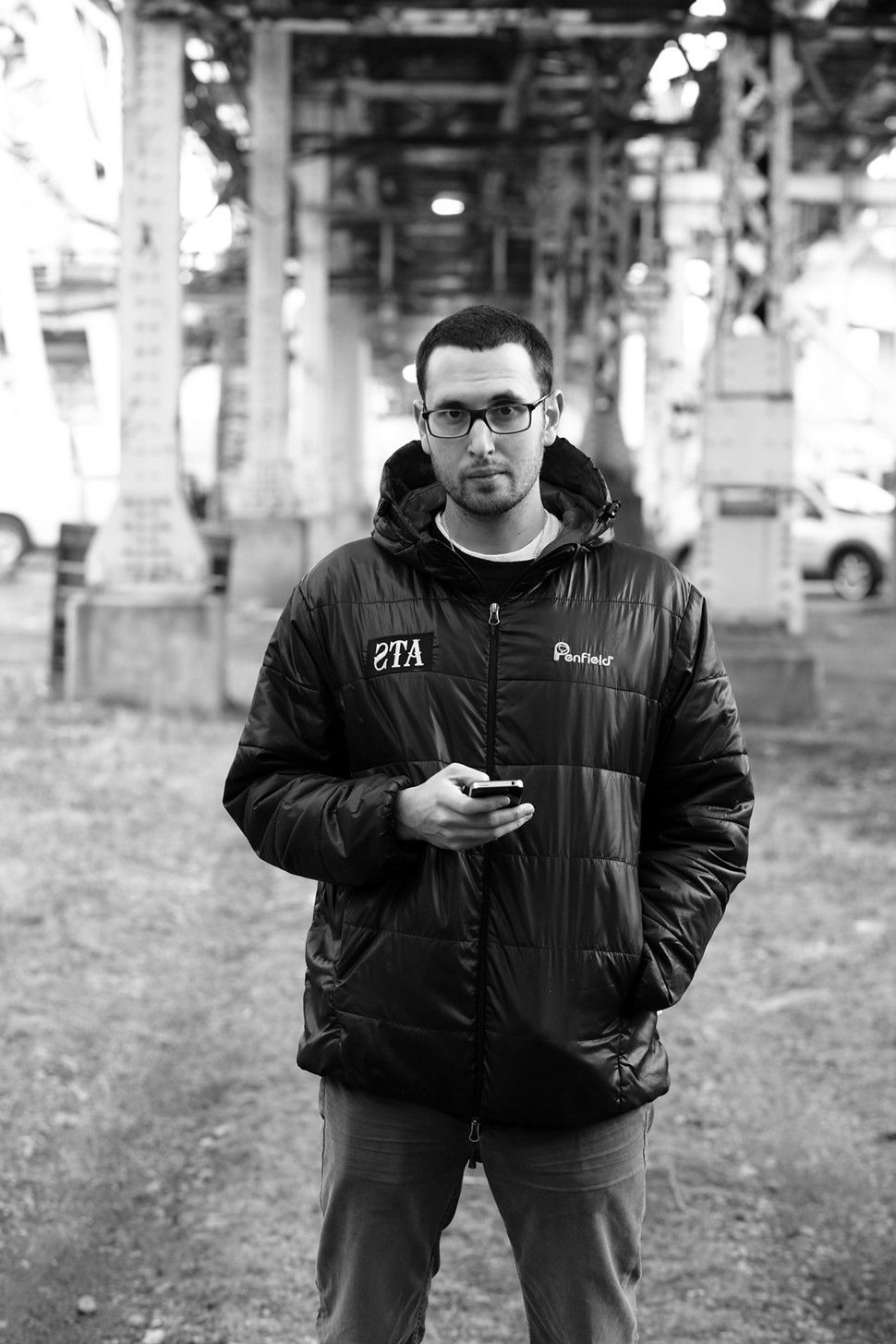 Alexander Fruchter
Fruchter is a former music journalist for more than a decade, and president of Closed Sessions, Chicago’s premiere independent hip-hop label.
He has released music and videos with artists such as Curren$y, Action Bronson, Bun B, Freddie Gibbs, Raekwon, DJ Babu, and others. Fruchter teaches Music Business under Business and Entrepreneurship, and oversees the AEMMP Records practicum.

Amina Norman-Hawkins
Hawkins is a writer, performing artist, filmmaker, and hip-hop practitioner who for the last 15 years has been involved in the preservation of Chicago’s hip-hop culture and community.
She is the co-founder of Chicago Hip-Hop Initiative and Chicago Hip-Hop Heritage Month, as well as the ‘B-Girl Power’ movement, an international all-inclusive celebration of women in hip-hop. Amina is currently a part-time faculty member at Columbia. Kelsa Robinson
Robinson is a dance artist, educator, and curator in the underground house, hip-hop, and street dance communities, with a focus on socially-engaged arts practices.
Since 2006, Robinson has been a member of Venus Fly, an internationally known all-styles crew.
Robinson holds a Bachelor degree in sociology from the University of Illinois at Urbana-Champaign and a Master of Urban Planning and Policy from the University of Illinois at Chicago.
Robinson teaches technique, pedagogy, dance studies, and community cultural development at The Dance Center at Columbia.

Trae Turner
Turner is an internationally known educator, choreographer, and dancer, who has performed alongside recording artists Kelis, Fat Joe, Phenix Phenom, and Andre McCray and has opened for Ne-Yo, Rod Stewart, and Janet Jackson. Turner is the founder and artistic director of BOOM CRACK!, a professional hip-hop dance company.

Kari Sommers
Sommers is the Associate Dean of Student Life at Columbia College Chicago. Prior to her role as the Associate Dean, she served as the National Alumni Director and Marketing Director for Columbia. She holds a B.A. in Dance and Performing Arts from Northeastern Illinois University and an M.A. in Interdisciplinary Arts from Columbia. Kari is also the founder and artistic director of Tight (Dance Company) 1980 – 1986.

George Wundsam
Wundsam is a guitarist, songwriter, and bandleader who has recorded with Cole DeGenova and Harris & The Mood, and has done freelance work at IV Labs/The Attic. He writes, records, and performs as the leader of Deep Fayed and actively performs, records, and tours with Chicago based Cole DeGenova & The Peoples Republic. Wundsam currently directs the Hip-Hop Ensemble at Columbia.