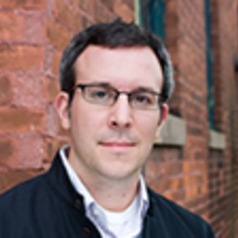 Coachella unofficially kicked off the 2017 U.S. festival season on April 15, and while this year’s event in Indio, California will likely set attendance records, there are concerning trends in the live music industry.

Tennessee’s massive Bonnaroo attracted 38 percent fewer attendees in 2016 than the year prior. And even in music-obsessed Portland, Oregon, last year’s turnout at the Sasquatch! festival dropped by half.
Have we reached what Paste Magazine called “peak music festival”?
Festivals are certainly big business. Over 32 million people are attending U.S. festivals every year – more than the entire population of Texas. In my book “Music/City: American Festivals and Placemaking in Austin, Nashville, and Newport,” I detail the reasons for the rise of music festivals, which include declining record sales and the willingness of younger audiences to seek out new experiences.
But the growing uncertainty has left some promoters, musicians and fans nervous. Are attendance declines irregularities, rather than trends? Looking ahead, what factors might cause a significant slump in the U.S. festival market?

One plausible reason for flagging crowds is overcommercialization.
As I walked around festival sites during my research, logos and brands were omnipresent, whether it was a massive Doritos vending machine-themed stage at Austin’s South by Southwest Music Festival or the Bud Light stage at Nashville’s Country Music Association CMA Fest.
In a way, a growing corporate presence indicates how festivals have thrived. Corporations are targeting popular festivals because they’re excellent sites for what’s called “brand activation” – a way to directly engage potential consumers with corporate logos and products. In that effort, North American corporations spent US$1.3 billion sponsoring music venues, festivals and tours in 2014. Anheuser-Busch led the charge, sponsoring almost one-third of music-based properties. Toyota marketed at Stagecoach, Sasquatch!, Life Is Beautiful and at least a half dozen other events. (Forbes notes that the big winner at this year’s SXSW wasn’t a hot up-and-coming act, but Mazda, for successfully hosting a series of top-name performances.)

Party with your "Summer Friends" with @chancetherapper at Rocky Stage! @budweiser #MadeInAmerica

Despite such heavy commercialization, musicians and audiences expressed minimal concern in my interviews.
“I don’t mind,” said one festival-goer, “since I know it helps keep ticket prices reasonably low.” The on-stage talent felt similarly ambivalent. One headlining musician told me he appreciates that it’s the festival producers who have to cultivate brand relationships, not him. When he’s on stage, he says, “I’m not representing Heineken, I’m just playing my songs.”
Still, other artists grumbled. Several worried that festival branding might eventually go too far.

Their unease is justified. Behind the banners and logos, success in the festival industry has brought about another issue: consolidation.
Since 2000, larger entertainment firms have purchased some of the biggest events and venues, mirroring what happened in the recorded music industry in the 1960s and 1990s, when smaller labels were gobbled up by a handful of larger, international companies.
In 2001, the world’s second largest music promoter, AEG, purchased Goldenvoice, which produces 11 festivals, including Coachella. AEG is an international sports and entertainment conglomerate with ownership stakes in dozens of sports teams and arenas. AEG is still, however, second to Live Nation, which produces over 60 festivals and has controlling stakes in major festivals like Bonnaroo, Sasquatch!, Lollapalooza and Austin City Limits. With their size and buying power, these agencies can book bands for multiple events and offer gigs at venues ranging from large stadiums to smaller clubs.

In many cases, competing companies will conform to the models of their more successful counterparts in the hopes of replicating their success.
Sure enough, with only a couple of promoters organizing the biggest festivals, the same artists seem to be performing at the same ones. Twenty of the 103 performers at AEG’s Coachella this year are among the 166 acts playing at Live Nation’s Bonnaroo. That means that one-tenth of Bonnaroo’s lineup and one-fifth of Coachella’s lineup are exactly the same. Consolidation and uncertainty beget monotony.

Your updated poster with the full comedy lineup and all 35+ artist additions!
Tickets: https://t.co/2VyXQege5a pic.twitter.com/ql7vIBKq65

Though they are not necessarily problems individually, the combination of commercialization, consolidation and uniformity just might be bringing about what Seattle’s alt-weekly, The Stranger, called “festival fatigue.”

The future of festivals?

If fatigue does arrive in 2017, we can look to the last crisis for some solutions. The 2008 recession dampened ticket sales and sponsorships. Festivals like Denver’s Mile High festival, Las Vegas’ Vegoose and New Jersey’s Bamboozle shuttered. But my research found the Newport Folk Festival to be an encouraging case study.
In 2008, Newport couldn’t attract a marquee corporate sponsorship as it had in the past. To save the event, producers restructured the organization into a nonprofit. Ever since then, their lineups have eschewed acts that headline larger festivals. Instead, they’ve set their sights on balancing a diversity of acts with regional performers.

Bonnaroo and Coachella dwarf Newport in size, as Newport’s venue, Fort Adams State Park, can hold only around 10,000 attendees per day. But Newport’s limited brand sponsorships and attendance cap are opportunities, not challenges. The festival’s producer, Jay Sweet, knows he can’t afford the bigger acts that hit the larger festivals.
Nonetheless, Newport has carved out its own niche: Moving away from an overly corporate and commercialized model of the contemporary festival, it now offers an eclectic, more locally sourced and modestly branded music experience.
In a way, it’s what festivals looked like in their earliest iterations – before the sponsors descended, and before the fatigue settled in.

https://youtu.be/GCMeJWcT-Qg?t=2m12s
Jonathan Wynn, Associate Professor of Sociology, University of Massachusetts Amherst
This article was originally published on The Conversation. Read the original article.